What is Stress and How do Modern Societalists Cause their own Stress Responses?

Stress is manifested through perceptions, knowledge or lack thereof, and external environmental causes in Modern Society.

Prior to modernization acculturation shifts stressors in comparison were ones of encountering predators, contagious diseases, and hunger. Specifically, the stress mechanisms were designed to adjust our physiology to respond to the stressor or as the author refers to this way as a response to a “short-term crisis” (Sapolsky, 2004) (pgs. 2, 6).The time-frame and ability to project thought into anticipation of the future events in the human contrasts with the stress-response of the Zebra to go from one moment of homeostasis to the awareness of the need to generate a hormonal sequence of events to generate movement to safety (Sapolsky, 2004) (pgs. 6, 7).

Sapolsky states that the “stress-related disease emerges” as a result that the human activates a physiological response in their systems that originated as a response mechanism to protect continuity of the life force within the human due to an acute or crisis situation (Sapolsky, 2004)(pg. 6). Thus the repetitive behavior of the Modern Societalist triggers the hormone cascade at the manifestation of the human being’s “worry” or overwhelming focus and generates a chronic response presenting itself as dis-ease and can eventually lead to system failures as a result of their internal thought process.

The projection of expectation known as anticipation is related to stress. This is what is experienced by Modern Societalists when they “overthink.” In other words, when someone believes a stressful outcome might exist they dwell (spend their time in contemplation) sending the energy of their projected negative response into their physiology, the human body responds to the negative surge of hormones released from the endocrine organs such as the adrenals (cortisol, endorphins) as though the situation was occurring in that present moment (Sapolsky, 2004)(pg. 9).

The body adapts to an acute stressor by redirecting the energy of the homeostatic bodily processes through the endocrine system, and halts or inhibits the immune system (Sapolsky, 2004)(pg. 8). Sapolsky states on page 13 of “Why Don’t Zebra’s Get Ulcers?” that the stress-response is more damaging than the stressor itself (Sapolsky, 2004).

Posted by Health Monitor at 1:33 PM No comments:

When we procrastinate, we are toeing the line of respect and character.  Setting ourself up for failure.  The quality of work is poor because it is completed from a place of stress.  It is not given the proper amount of time necessary to do with integrity.  Procrastination is playing with fire; linear man made time.  It is binds you and makes you a slave to deadlines and the clock.  A farmer who procrastinates is not a good farmer.  He is putting himself before the food he is depended upon to produce.  When you are depended upon by your family and community you cannot procrastinate.  You lose respect. You lose character.

When you take things as they come you free yourself from the self-inflicted wounds that are a result of procrastinating.  By dealing with your life and what arises directly and promptly you are showing that you are response-able.  This is mindfulness.  Being totally in the present moment, accepting what is happening and dealing with it.   You are able to respond to what comes your way.  Thoughts, emotions, desires, responsibilities.

Through acceptance of what we need to do, whether pleasant or not, we can overcome the habit of procrastination.  There is always a choice in how we respond to our responsibilities.  Our attitude towards what we are doing (or procrastinating doing) and the environment.  We can approach it with resistance and fear or we can approach it with acceptance and love.  Love lies in our actions.  Love is expressing yourself when needed.

By practicing mindfulness you are showing up to your precious life and your community.  Responsibility, discipline, honesty are ways of showing respect to the community you live in and the world around you.  Without them there is no respect for life including your own.  Procrastination can be overcome by being proactive with your life.  Not waiting for things to come to you or deadlines, but rather seeing things before they come and choosing to deal with them with acceptance.  Taking action when it needs to be done as opposed to when it absolutely has to be done.  Understanding who you are and who you aspire to be helps to organize and prioritize your life to the point where procrastination does not exist.  This is freedom and a deep joy comes from action instead of stress.  We can calmly deal with what arises because we are freed from the stress of procrastination.  Training yourself into a consistent, responsible, proactive person shows love and respect for your community.  Life on Earth is facing a major crisis.  Life needs our attention.  We do not have time to procr
Posted by Health Monitor at 1:19 PM No comments:

Respect. Service. Gratitude.  All beings deserve to be loved and served.  To love and serve others is to love and serve Creator; God.  Elders, teachers, and children deserve special respect.  An elder's spirit and a child's joyful dance are profound teachings.  It is an honor to be in the presence of an elder.  It is a blessing to listen to their heart and wisdom.  My body and mind are healthy.  It is my responsibility to care for elders and those who not in perfect health.  I am committed to putting the needs of others before my own.

I am blessed to have been introduced to Native ways and wisdom.  I do not take this lightly.  I feel a deep responsibility to the land and the people of this land.  I am humbled by this space and sense of place.  I have much to learn and much to give.  I come in respect, in service, and in gratitude.

Unity is a member of the Sferrazza family and has an older sister who teaches yoga.

A Sophomore at MSU Denver, he has chosen a journey to discover his own unique ability to help others. 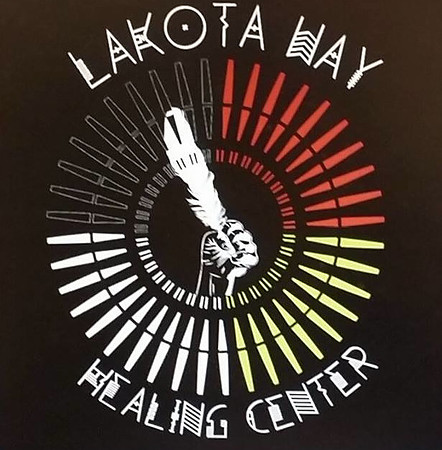 Posted by Health Monitor at 11:22 AM No comments: